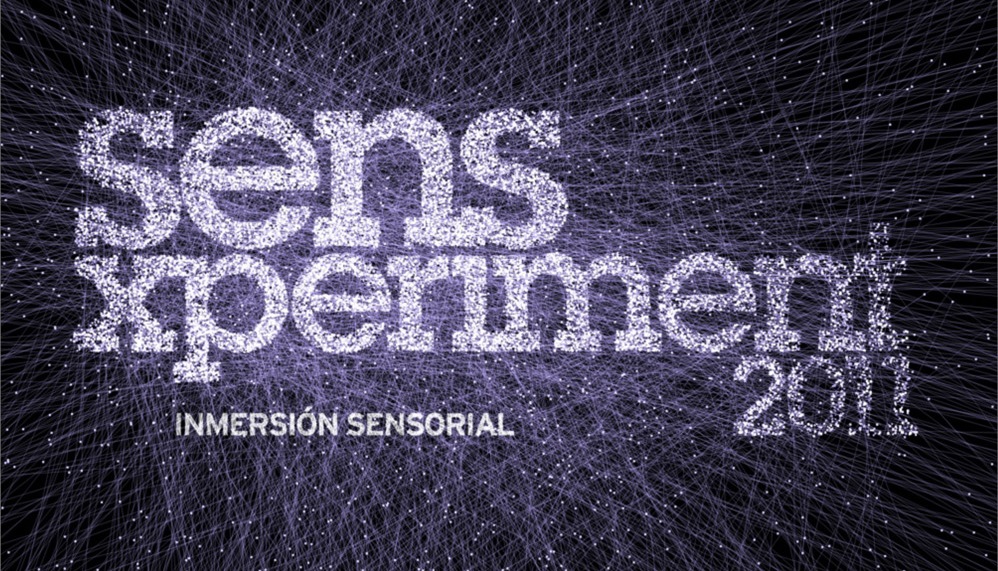 After ten years of activity Sensxperiment International Creation Meeting is organized in a triennial basis. Most activities of the current eleventh edition were taken place in October and November 2011, mainly in Lucena and Cordoba, Spain.

The topic chosen for this edition was ‘Sensory Immersion’.

We do not have to talk only about the history of arts and entertainment, this phenomenon has always been integrated in the quotidian experience and it appears also in most popular rituals, from the ancient indigenous cultures to all kinds of Western celebrations, in a rave or a metal performance.

Today there are a lot of artistic and entertainment pieces that promote themselves using extensively the term ‘immersion’. In many cases this term underlines their multisensoriality, hyper-reality or a somewhat intimate and subjective character, in other occasions it is maybe just a way to stress their magnificent technologies.

Anyway, let´s talk about what it was interesting for us and what we dealt with in this project. Our aim was to examine this elusive concept departing from a series of artistic works based mostly in the use of audiovisual media and with a special emphasis in topics related to the exploration of the surrounding, intimate and physical qualities of sound. The aim was to show recent works, but also relevant pieces from the past, all of them considered interesting mostly because (but not exclusively) of their value as perceptive experiences. We also would like to contextualize these kinds of work, examining them from a critical point of view. Several interweaved lines of investigation were drawn, dealing with topics such as expanded and live cinema, the relationships between sound and space, the soundwalk, deep listening or the soundscape. In short, we were more interested in perception and the sensory than in the spectacular or the strictly technological issues behind many works catalogued as immersive.

The basic structure of this project was a dynamic investigation process started in 2009 led by some of the editors of mediateletipos.net and it take form in a series of regular online publications, as an accompaniment for the physical events that taken place in 2011 (and some others that has been produced in the previous years 2009-2010). All the posts related to this project has been published within the usual flow of the site, but they are grouped also in a special section.